Descent to the Underworld

Note: I submitted this for the NYC Midnight Flash Challenge. Enjoy!

We pull into the trailer park in Benny’s air-conditioned SUV. Sunlight glints off the trailers’ tin roofs. I squint to read the “Flea Market Today!” banner through the dust clouds. So much brown: the dirt, the trailer siding, the swirling air.

The afternoon sun slaps all three of us as we open the doors. Waves of heat flow off the dirt. Each breath fills my lungs with hot, stale dust.

We walk along the cracked asphalt separating the rows of trailers. The grizzled vendors sit behind folding tables and on blankets. They blast Spanish music, shaking the earth beneath our feet.

“We shouldn’t be here,” Mike says.

Mike needs to man up. After today we’ll be legends at Lincoln High School.

Mike locks eyes with a brown girl in glasses, maybe 13, sitting on a towel with her legs open. She holds a battered Bible against one knee, but she’s not reading it.

I elbow Mike when I see the “For Sale” sign on the left.

“Get the camera ready,” I say.

Two girls with metal collars struggle, chained to the side of a trailer. They moan and push forward, eyes burning with purpose. They smell like sour milk and perfume.

The vendor, a bearded man with a tremendous stomach, smiles through three silver teeth. “Special deal for you white boys,” he says.

He pulls one of the chains toward him. The blonde woman’s cheeks droop like melting plastic. A glamour skirt and black bra stick to her gamy skin, and she wears one high heel, broken. He grabs her head and pulls the lips apart. “No teeth. I pluck them out. No bite. See? She die recently, that’s a promise.”

“Never used,” the vendor says. “She clean your house, too, huh?”

With so many corpses climbing out of the earth, trafficking had become commonplace. When the risen weren’t biting, they could push a mean vacuum, paint, and pick vegetables in the fields. This usefulness put some folks out of work.

Benny points to the other girl, dark haired with a concaved skull.

Maria Sanchez. Fatally struck by a car while walking home from church. Rose from the dead last Wednesday, shambled to a friend’s house and ate a cat, then disappeared. Last seen here by someone trolling the Lodi Trailer Park.

She wears a brown teddy with lace along her exposed, bruised belly. Her springy spine makes popping sounds as she twists and writhes.

My heart races. After a summer of boring videogames and TV, our senior year at Lincoln High will begin in style. We’ll be famous—Boss Mode famous. Screw the Fire Challenge and Cinnamon Challenge; the Maria Sanchez Challenge will rule them all.

I nudge him. We can’t look too eager.

The vendor’s brown eyes sparkle. “You know this one? I see it.”

Benny stares too hard; we aren’t getting her cheap. Maria Sanchez, with the smooth brown skin and huge breasts that ballooned back in 8th grade—the girl I pictured whenever I masturbated. The only Mexican at Lincoln High. She never talked to anyone, just read her books and kept her head down, and never accepted any of my friend requests. Now I’d get her for real.

“500,” the vendor says. “I throw in half hour in my trailer, huh? You and your buddy. Not that one, though.” He points at Mike. “He better stop looking at my niece.”

I poke Mike again and tell him to stop staring at the 13 year old. Jeez, what’s his problem?

The vendor nods and unhooks the chain from the trailer. He hands the lead to Benny.

Maria Sanchez lunges at Benny’s neck and gums a vein. A frothy liquid pours from her lips and onto his sweaty white neck, dribbling down his collarbone.

The vendor laughs. “Harmless. No teeth.”

Benny pushes Maria Sanchez’s head away. The gums mash together in a sinewy, biting pantomime.

“Come on.” Benny punches Mike’s arm to get him to stop looking at the girl. “Jesus, Mike.”

“What about the trailer?” I ask. “The guy said we could use his trailer to…you know…”

Benny smirks. “Did you really think I’d put my dick inside this?”

“But I thought we’d get video of us—”

“Sick, man.” He points his keys at the SUV and unlocks it. “Back to the car.”

Benny drags Maria Sanchez by the chain over the hot asphalt. A hundred brown eyes follow us out. The Spanish music fades as we return to the SUV.

Mike looks drunk, his eyes dead. He shuffles into the brown brush under the merciless sun and vomits.

Benny tosses Maria Sanchez into the back of the SUV like a sack of groceries and she lands on top of a shovel. I notice Benny’s front bumper then. Dented, the paint chipped. I start to ask if that’s new, but then I remember hearing about the hit-and-run on the Sunday Mike and Benny went to see a movie without me, and how they couldn’t remember any plot details when I met them later at Benny’s house.

We chug bottled water and drive away in the air-conditioned SUV, the same car that kills Maria Sanchez a second time—only this time nobody finds her body on Mike’s street next to a bloodied Bible. 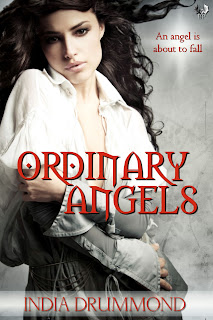 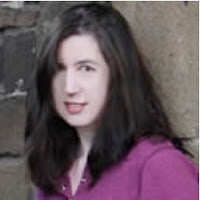 Posted by jbeymer on Mar 29, 2011 in Uncategorized

Great review from Bookvacations — 4/5 Stars: You can read it here

Excerpt: “The fact that I even love the huge man eating monsters is a testament to Beymer’s wonderful writing capabilities.”