This is where I take to rambling.

Posted by jbeymer on 2:25 pm in Uncategorized | Comments Off on Book Cover Bias

I’m one of those people who shouts, “Ooh! Colors pretty!” at a nice book cover. If I’m at the bookstore, I want to hold the precious. If I’m on Amazon, I’m more apt to scroll the reviews and summary. The author has my attention…at least for the next ten seconds. For me, the greatest covers belong to the Choose Your Own Adventure series. This article from Slate made me feel all gushy and nostalgic. Even now, when I see that familiar font, and those cover pictures it brings me back. I used to read those books every day until I wore them out. Which Way books weren’t so bad, either. I was so obsessed, I even played the hybrid Apple II+/book titles back in the ’80s. Obsessed! Someday I’ll write a post about my love affair with Choose Your Own Adventure. It will be very long. I only have one pet peeve when it comes to covers: faces. I know it’s popular to show a picture of the main character before the reader even starts turning pages. I’m probably in the minority, but if I see someone on the cover, I can’t visualize them correctly while I’m reading the book. It’s like the character moves through the book wearing a mask. This is especially true with movie adaptations. When I read Jurassic Park, I’d already seen the trailer for the movie. Ruined it. And yes, my imagination is fickle. I’m just being honest. This is why I was so hesitant about watching Game of Thrones, and why I can’t read the Charlotte Harris books after watching True Blood. Hell, Robert Redford almost ruined my first reading of The Great Gatsby, for crying out...

Posted by jbeymer on 2:17 pm in Main | Comments Off on Oh, the things she could say! 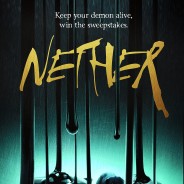 How to Bathe Your Zombie

Posted by jbeymer on 2:47 pm in Main, Zombies | Comments Off on How to Bathe Your Zombie 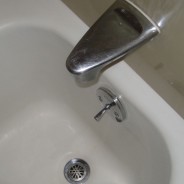 Descent to the Underworld

Posted by jbeymer on 9:38 pm in Flash | Comments Off on Descent to the Underworld

Three privileged teenage boys enter a trailer park flea market, looking to buy a recently risen dead girl. What starts as a popularity stunt turns dark when one of them realizes they don’t all want her for the same reason.

India Drummond is one of my fellow authors at Lyrical Press. I’ve beta-read one of her upcoming books, and I can tell you she’s talented. India is great with character-depth and story. I’ve given her a platform here to discuss her latest book, Ordinary Angels. 1) Tell us about Ordinary Angels. Ordinary Angels is an urban fantasy / paranormal romance novel in which Zoe Pendergraft falls in love with an angel, frees a soul from necromancers, releases a ghost trapped in the Void, and saves his living grandson from demons. Most of Zoe’s friends are dead, but she doesn’t mind because they died long before she met them. Then one Tuesday night an angel takes her salsa dancing and turns her world upside down. Grim reality closes in when she discovers a body in her company’s boiler room and Higher Angels accuse her best ghost friend of murder. Knowing she’s the only one who can stand against them, Zoe resorts to lying, stealing and summoning. In the end, getting blood on her hands forces Zoe to question herself. 2) What attracts you to the genre of Paranormal/Urban Fantasy? It’s the wide-open power of “what if.” It’s the limitlessness and the possibilities. There’s no barrier saying “but this couldn’t happen.” Sure I have to create coherent rules and systems for my world, the way magic works in some books or how angels behave in this book, but the rules are all ones I get to define. There are no stop signs in fantasy. 3) Tell us about one of your favorite characters in Ordinary Angels. I like the main character Zoe because she’s not a “kick-ass heroine”, but she wants to be. She’s real and normal (if you don’t count the fact that she can see dead people.) As soon as she meets Alexander, an angel, strange things start happening all around her. She begins to change, whether she wants to or not. But even though she’s not a super-hero, she is accepting and takes a lot of things in stride. So although she’s “just a girl”, she is braver and stronger than she realises. 4) What was your greatest “Ah-hah!” moment as a writer (the story clicked, a great plot twist idea, etc)? I think it was when I started writing this book, actually. Ordinary Angels is the second book I’d ever written. The first one I agonised over for ten years (on and off). I wrote the first draft of Ordinary Angels in six weeks. It was a joyful experience, and made me rediscover my love of writing. Just the happiness of it has propelled me into pursuing a career in writing. 5) Finish this: “India Drummond is in my favorite Cops episode. No, she’s not one of the police. India is that girl who ____.” Hilarious question! Let me see…  “India is that girl who  claimed to have been abducted by aliens.” I haven’t been abducted by aliens, but I sure would like to be! ——— About India Drummond Urban Fantasy / Paranormal Fiction Author India knew from age nine that writing would be her passion. Since then she’s discovered many more, but none quite so fulfilling as creating a world, a character, or a moment and watching them evolve into something complex and compelling. She has lived...

Posted by jbeymer on 3:44 pm in Uncategorized | Comments Off on Rogue’s Curse Review from Bookvacations–4/5 Stars!

Great review from Bookvacations — 4/5 Stars: You can read it here Excerpt: “The fact that I even love the huge man eating monsters is a testament to Beymer’s wonderful writing capabilities.”

Posted by jbeymer on 3:31 pm in Uncategorized | Comments Off on Guest Post on Black Lagoon Reviews

Wenj allowed me to guest post at Black Lagoon Reviews. I talk about Rogue’s Curse and a bit about the upcoming Nether. Please go have a look! Jason Beymer Guest Post

Posted by jbeymer on 4:29 pm in Uncategorized | Comments Off on 4 out of 5 Scars for Rogue’s Curse!

Rogue’s Curse received a great review from Black Lagoon Reviews:  “This is definitely one series, and author, that I will be following closely and highly recommend to anyone who loves a good laugh.” Check out the whole review...

Posted by jbeymer on 8:04 pm in Uncategorized | Comments Off on Contest Results

Presenting the results of the Balls-Out Fifty Dollar Giveaway Contest. Thank you all for...

Okay, I’ve dusted off the big guns. This contest just went nuclear. Ho, ho, ho! I’m giving away one $50 Amazon Gift Card. That’s fifty whole bucks you can spend on friends and family. ‘Cause the Holidays are a time to think about others. Right? YEAH RIGHT! Use the money to sweeten up your Kindle, trade it in for 5000 pennies, or buy yourself somethin’ nice (like Rogue’s Curse, for example. I’m just saying…) My editor for Rogue’s Curse, Adrien-Luc Sanders is putting up most of the jack (Visit his blog here). Why are we doing this? Because both of us believe in the book and want you to buy it. And…well, you know…we like the attention. Entering the contest is easy. We want to give away this money, so qualifying requires minimal effort on your part: STEP ONE: If you haven’t already, connect with me on one of these social sites (the links will take you there): Goodreads Twitter Facebook “Follow me” or “Become a Fan” or “Add my Book”, or “Friend” me (or whatever else you want to do). If you’ve already done this in the past, you’re halfway there! Proceed to Step Two. STEP TWO: Leave a comment here. Say howdy, or something. Or…maybe tell people why they should buy Rogue’s Curse? (again, I’m just saying…) On Wednesday, December 22, I’ll draw the winner’s name from a highly technical and complicated lottery mechanism. Then I’ll reveal the winner and email the gift card. Yay, technology! Please spread the...